In the early 1860s Muskoka was primarily an Algonquin hunting ground, sparsely populated by people of European descent; Scots, English, German and Icelandic folk. The Canada Presbyterian Church felt that these few settlers should have the opportunity to worship so, in the early 1860’s, they initiated services, held in a trading post operated by Alexander Bailey, at the mouth of the Muskoka River. There were no roads. You got to church by boat or by hiking through the forest. The little congregation wanted to build a church, their own place of worship. They turned their eyes to the north, up the river, to the little settlement of North Falls. There, in 1865 on King Street, they built their church. Here again the solution was only temporary. The building was poorly constructed built with green lumber on the top of a barren hill. It was as drafty on the inside as it was windy on the outside. They shared the building with the Methodists. After ten years they turned their eyes to some newly purchased land on McMurray Street. In 1875, they began construction. The frame building was completed at a cost of three thousand dollars, (the old church was sold for one hundred and seventy-five). The congregation numbered thirty nine members .Our new home was reputed to be the finest church building between Orillia and North Bay. In 1900 the Sunday school was built. In 1901 they burned the mortgage. In 1902 they added brick veneer to the frame structure. It was a time of tremendous growth, but troubled times lay ahead for the congregation. 1925 was the year of church union. The Methodists, the Congregationalists and about sixty percent of Presbyterians joined together to form the United Church of Canada. By two votes, Knox determined that it would remain with “the continuing Presbyterians”. In 1931, early in the morning of January 25th, the church caught fire. By the end of the day the sanctuary was completely destroyed. By some miracle the Sunday school wing remained standing. What a discouraging time it was.

It would have been so easy to give up. But, they did not. Grit and faithfulness won the day. For six months they gathered for worship in the Sunday school wing and, by the fall of 1931, the new sanctuary was complete. In 1954, the basement was dug out, under the sanctuary, and a fine church hall was completed. The McMurray Street building served the congregation well for more than eighty years. Shortly after the turn of the century we were faced with new challenges: a building that was difficult to maintain, lack of accessibility and limited parking. After a period of planning the congregation purchased the “Turner Centre” on Taylor Road. In July, 2013, we moved in and “New Knox” became a reality. 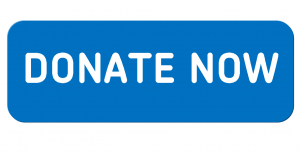